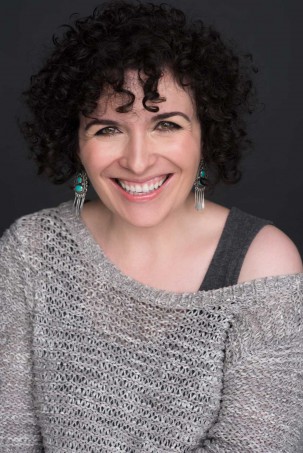 Jehanne Dubrow is the author of nine books of poems, including most recently, Wild Kingdom (LSU Press, 2021), and two books of creative nonfiction, throughsmoke: an essay in notes (New Rivers Press, 2019), and Taste: A Book of Small Bites (Columbia University Press, 2022). Her third book of nonfiction, Exhibitions: Essays on Art & Atrocity, is forthcoming from University of New Mexico Press in 2023. Her previous poetry collections are Simple Machines, American Samizdat, Dots & Dashes, The Arranged Marriage, Red Army Red, Stateside, From the Fever-World, and The Hardship Post. She has co-edited two anthologies, The Book of Scented Things: 100 Contemporary Poems about Perfume and Still Life with Poem: Contemporary Natures Mortes in Verse.

Jehanne’s poems have appeared in POETRY, Poetry Northwest, Ploughshares, Prairie Schooner, Southern Review, American Life in Poetry, The New York Times Magazine, The Slowdown, The Academy of American Poets, as well as on Poetry Daily, Verse Daily, and in numerous other venues. Recent essays have appeared in The New England Review, Colorado Review, The Common, The Seneca Review, Image, and West Branch. She is the founding editor of the national literary journal, Cherry Tree.

Jehanne’s writing moves between traditional forms, free verse, prose poetry, lyric essay, autotheory, and personal essay. In Stateside and Dots & Dashes (and in her current manuscript-in-progress, Civilians), she examines her experiences as a military spouse and explores the tradition of war literature. In books like The Arranged Marriage, From the Fever-World, and The Hardship Post, she writes about the Holocaust, American Jewish identity, intergenerational trauma, and the ethics of representing violence on the page. Her collections, Wild Kingdom, Simple Machines, American Samizdat, and Red Army Red, consider the intersection of power, cruelty, and authoritarianism. Jehanne is also passionate about the five senses; she has written about the art and science of perfume in throughsmoke: an essay in notes and about our sense of taste in Taste: A Book of Small Bites. And, in her forthcoming Exhibitions: Essays on Art & Atrocity, she looks at the act of looking itself.

Jehanne has been a recipient of the Alice Fay Di Castagnola Award from the Poetry Society of America, the Adrienne Rich Award for Poetry from Beloit Poetry Journal, the Crab Orchard Series Open Competition Book Award, the Diode Editions Book Contest, the Editors’ Prize in Prose from Bat City Review, the Firecracker Award in Prose from CLMP, an Individual Artist’s Award from the Maryland State Arts Council, the Mississippi Review Prize in Poetry, the Poetry by the Sea Book Award, the Towson University Prize for Literature,  a Walter E. Dakin Fellowship and a Howard Nemerov Scholarship from the Sewanee Writers’ Conference, and a Sosland Foundation Fellowship from the Jack, Joseph and Morton Mandel Center for Advanced Holocaust Studies at the U.S. Holocaust Memorial Museum.

The daughter of American diplomats, Jehanne was born in Italy and grew up in Yugoslavia, Zaire, Poland, Belgium, Austria, and the United States. She lives in Denton with her two Bedlington Terriers, Lola and Bandit, and with her husband, Jeremy, who recently retired from a 20-year career in the U.S. Navy. Jehanne is a Professor of Creative Writing at the University of North Texas.