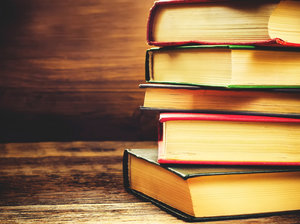 Last summer, as kind of poetic palate cleanser, I wrote dozens and dozens of sonnets, mostly about the ordinary objects that surround us. One of those poems, “Wireless Doorbell,” appears in the current issue of The Southwest Review.

This sonnet came out of a creepy thing that kept happening in the first months after I moved into my new house. The handyman had installed a wireless doorbell but had neglected to change its settings. As as result, the doorbell was triggered by every automatic garage door opener, every cell phone, every other wireless doorbell in the neighborhood. At midnight, at three in the morning, the doorbell would suddenly ring. Although I eventually grew accustomed to the constant, ghostly ringing, my Bedlington Terrier did not. It would set her off, barking barking barking, in the middle of the night, making it difficult for anyone to sleep. Finally, my husband fixed the phantom ringing.

But, as is often the case with odd experiences, this one led to a new poem. Many thanks to Greg Brownderville for publishing “Wireless Doorbell” in Southwest Review!