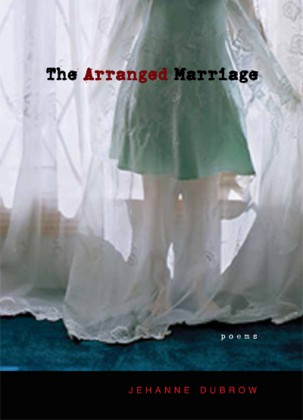 Winner of the 2012 Poetry Society of America’s Alice Fay di Castagnola Award for a manuscript-in-progress.

Finalist for the 2015 Foreword INDIE Prize in Poetry.

Each poem in Jehanne Dubrow’s manuscript-in-progress translates a form of violence and altogether adds up to a mosaic of assault. Details in these stunning prose poems are presented like mini still lifes creating patterns of preparation for victimization, retaliation, or escape. What should not be connected is interconnected in this sequence. Dubrow understands that before the moment of trauma, the break in time, there was a thing or a thought put in place. The poet here is positioned to observe, to picture, and to record in order to communicate coherence in the face of incoherence. The elegance of the writing resides in part in its discretion and its resistance of fantasies of transcendence. Precarity here shadows the feminine, the mother, and the wife. There builds in me anticipation for the completed manuscript as it argues its way through its female subject to positions on survival.

—Claudia Rankine, from her judge’s statement for the Poetry Society of America

Here is a sequence of nuanced narratives, each anxiously circling arrangements of marriage, violence, and the shadows of history. Jehanne Dubrow has a storyteller’s gift for suggesting, with enviable economy of language, the complexities of our relationships with those we love and the inescapable past that surrounds us. Elegant, intimate, and unsettling, The Arranged Marriage is a terrific—an important—book.

Jehanne Dubrow in her fifth book of poems tells us a story so compelling that we put down our tasks and turn to her voice.

We witness in these pages raw violence of marriages arranged, marriages broken. We feel the knife blade, recognize as our own every wounded body.

The Arranged Marriage brims with gorgeous wants: some of them dark and some “the pink of bouganvillea.” In her newest collection Jehanne Dubrow writes of the dark bonds that tie women—”so easily torn, devoted to ornament”—to the complicated institution that is marriage in lyric portraits that uncover, unstitch, and unearth the secret entanglements at the heart of these intricate unions.