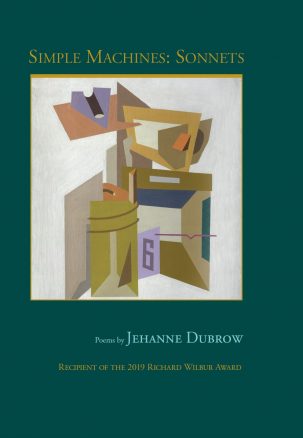 In spring 2018, while I was working on the manuscript that became American Samizdat, I also began work on another manuscript of poetry. At the time, I was teaching a class called Form & Theory and, because my students writing formal poems, I decided to return to received forms too. And this is how Simple Machines came into being. The book is a long sequence that thinks about how different things can fall apart: relationships, friendships, communities, even democracy itself.

A few days ago, I received the wonderful news that Simple Machines had won the 2019 Richard Wilbur Award and would be published the University of Evansville Press at the end of the year. It was a tremendous surprise, given that I had only just begun to submit the manuscript for consideration. I am absolutely thrilled that Simple Machines has found a home and still feel a little stunned at the news. If you want to read the opening sonnet in the book, “Wireless Doorbell,” you can find it here.