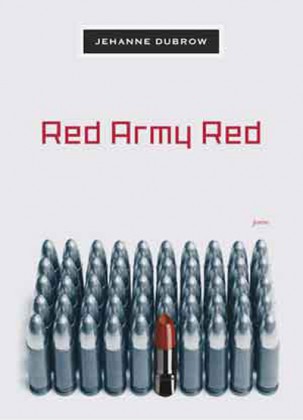 This has been a summer of lipstick for me. I can’t get enough of red and fuchsia and coral and purple. For several years, I gave up on wearing lipstick and wore mostly tinted lip balms. Lipstick just seemed like so much work, always requiring reapplication, a perfectly smooth canvas of skin. But, recently, I’ve rediscovered my love of the bright lip and particularly of those saturated colors that MAC specializes in making.

My obsession with lipstick is even evident in my poems. Perhaps, because Russia is back in the news, I’ve been thinking about my fourth book of poems, Red Army Red, which looks at the year I lived in Communist-era Poland, as a child and later as a teenager. The collection uses the oppressive language of Communism to speak about the oppressiveness of the adolescent body. You can read the poem that inspired the book’s title here.

But, one of my favorite poems from Red Army Red was never published in a journal. It’s about a favorite color of MAC lipstick:

When you are writing

a book about Russians

and the red of winter hands,

not to mention beet soup,

and certain parts of the body,

everything takes on the shade

of your poems. Your car is red,

the steak you ate for lunch.

The wallet you bought

is just reiteration of the theme.

that the tube of lipstick—

—sits so nicely in your hand.

shows how to pencil

your lips with nude,

a clean piece of paper,

the real color across your lips.

How red they look.

And the bluish undertone

You wanted to seem French.

But your mouth declares

This thing you are writing,

it says, is garish and beautiful

For the launch of Red Army Red, I wore Russian Red. And, clearly, this was the poem that inspired the book’s cover, with its rows of bullets and its one, shining tube of lipstick. Although I’ve named my recent obsession with beauty products “The Vanity Project,” I might also argue that a little frivolity (see: my related love of perfume) can often be extremely productive.